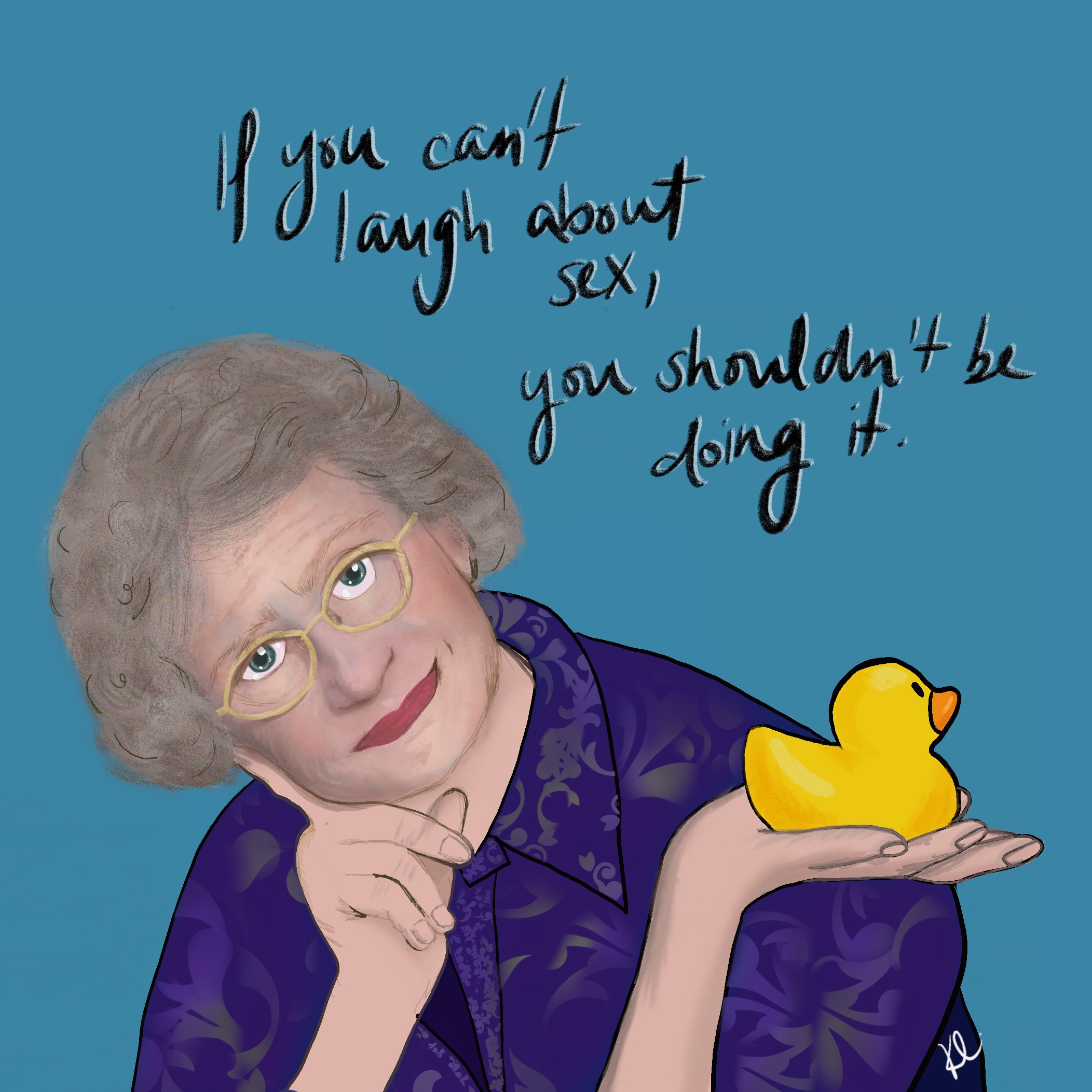 If you’re not Canadian, Sue Johanson might not sound familiar to you. But to a generation of people who watched her sex advice show, Sunday Night Sex Show, every week from 1984 to 2005, she’s a big a deal.

“In my teens I discovered Sue Johanson while flipping through the channels one Sunday night,” sex educator and founder, M.T., of MarriedToys, tells We-Vibe. “Almost immediately I was hooked. Each week she introduced new topics and clarified what I thought I knew about sex. Her grandmotherly appearance and knowledgeable voice calmly cleared up so many topics that I’d be too embarrassed to talk about with my parents… in the early days before Google, Sue and her show were my source for information on all things sex.”

But even before Johanson was a TV personality in Canada – there would eventually be a U.S. version of the show and she gained international fame for her educational talk show Talk Sex with Sue Johanson – Johanson was ahead of her time. In believing that sex should have a place in daily conversations, the registered nurse and sex educator opened the first-ever birth control clinic in a high school in Canada in 1972. Johanson wanted to take talking about sex out of the shadows and give it not just the attention it deserved, but the necessary education that far too many still fear to address.

“She had a way to deliver information in a compassionate, humorous, and understanding manner,” M.T. says. “The impact she had on our lives is truly immeasurable.”

In addition to many the incarnations of her television show, Johanson is also the author of three books and has a weekly column in the Toronto Star.