We-Vibe has decided there’s no better way to celebrate the launch of their latest sex toy, Wand by We-Vibe™, than by not just recognizing but applauding the Pleasure Pioneers who got us here in the first place.

When we talk about the history of sexual pleasure, it comes and goes in waves. Ancient Rome, for example, had pleasure down to a science. For them, nothing was off limits because they understood human sexuality was complicated and worth exploring. All you need to do is walk through the ruins of Pompeii to witness that not only did the Romans know how to have fun, but nothing, and I mean nothing, was off limits. But while that was open-minded and free-spirited for several hundreds of years, all good things must come to an end.

Although there were definitely bumps along the way when it came to celebrating pleasure and people actually acting on it, it was the pamphlet “Onania, or the Heinous Sin of Self-Pollution, And All Its Frightful Consequences, In Both Sexes, Considered: With Spiritual and Physical Advice To Those Who Have Already Injured Themselves By This Abominable Practice,” (yes, that was the full title) that was distributed in 1716 that suddenly put a damper on the beauty of masturbation and all things pleasure-related. The pamphlet chastised every sexual activity that we, as sexual beings hold dear, by declaring the result of such indulgence could lead to blindness, cancer, other various illnesses, as well as insanity. But as for who wrote this pamphlet and its excessively long title, no one could ever say for sure; the coward lacked the necessary ovaries to put their name on it.

The acceptance of pleasure may have come and gone in waves throughout history, but one thing that’s always been a constant are people who have advocated for it – whether it was in vogue, legal, or not. Considering the clitoris is the only part of the human body that exists solely for pleasure and for no other reason, to say that humans weren’t built to experience pleasure – no matter if you believe in God or the Big Bang theory or something else – is simply wrong. Or even worse: denial.

Although many of us can easily talk about sex and sexuality without batting an eye, there will always be those who just can’t do it. Which is fine; if we were all the same, life would be a drag. But those who fought for pleasure, even when it was dangerous to do so, deserve to be recognized. We-Vibe has decided there’s no better way to celebrate the launch of their latest sex toy, Wand by We-Vibe™, than by not just recognizing but applauding the Pleasure Pioneers who got us here in the first place.

Wand isn’t just a game changer, but a pleasure pioneer in its own right. It takes the traditional wand vibrator up several notches, by combining all the things sex toy consumers love – a sleek and ergonomic design, cordless, quiet, powerful, and long-lasting. When fully charged Wand is ready and good to go for up to two hours of play. It also has two custom attachments for when you want to switch up sensations, and is perfect for solo use or with a partner, thanks to We-Vibe’s iconic We-Connect™ app – an app that wasn’t just a pleasure pioneer when it first hit the market, but continues to be so.

So take a cue from these amazing pleasure pioneers who worked so hard to bring human sexuality to the forefront, grab your Wand by We-Vibe, and get ready to celebrate one of the Universe’s greatest gifts: sexual pleasure. 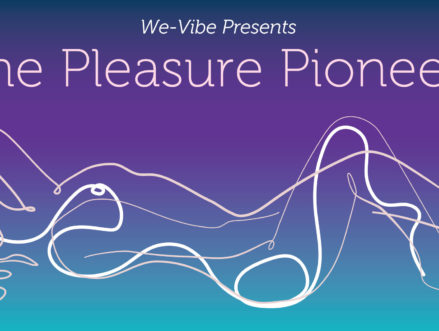 Those who fought for pleasure, even when it was dangerous to do so, deserve to be recognized.