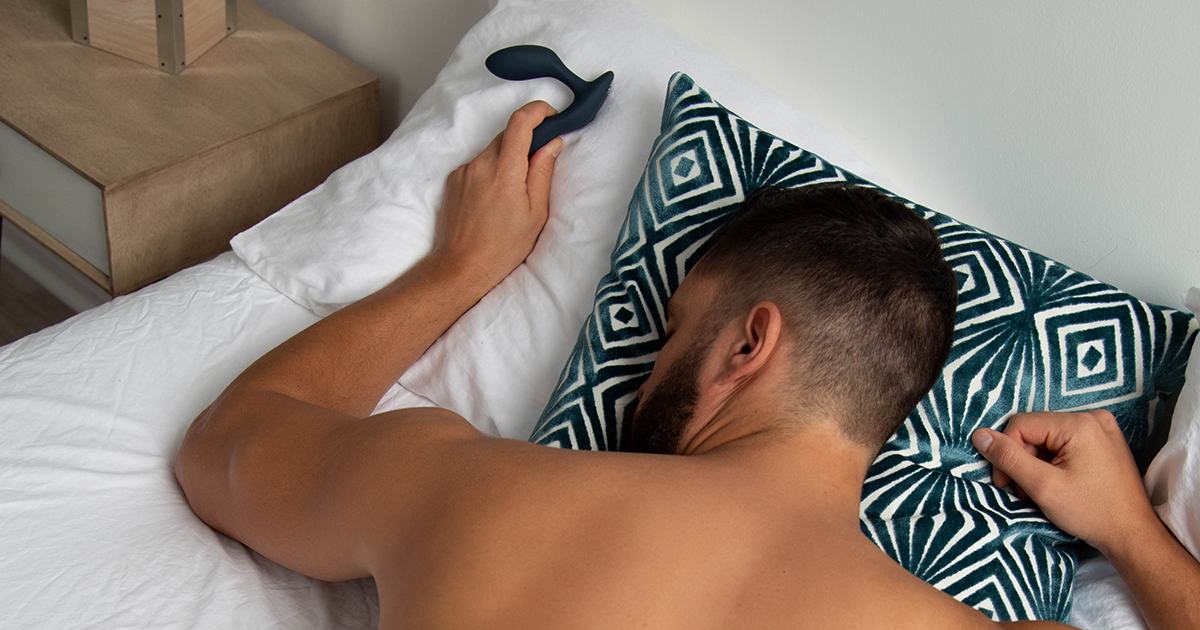 On Stimulating My Prostate For The First Time

And since autoerotic asphyxiation was off the table for safety reasons (I live alone and don’t have a spotter) I decided instead that it was about time I stuck something up my ass and saw what was what.

I decided it was time to get in touch with my prostate.

In the past few years, I’d heard and read a pretty significant amount about prostate stimulation. Due to my so-called part-time career as a sex, dating and relationships writer (my Mom is very proud), I have often been sent literature and devices to help with the process if I ever chose to dabble in it.

But I never did, until recently.

I was missing out.

What took me so long?

Probably my mostly unaware penchant to skew toward the milquetoast and vanilla, which I have been recently attempting to break out of. It took me a while to make peace with the fact that putting something in my ass could improve my sex life, be it solo or otherwise.

When I got my hands on a Vector, a vibrating prostate massager that also gives some love to the perineum (affectionately known in some circles as the taint), I decided to charge it up, lube it up and give it a whirl.

When you haven’t really put something in your own rectum before, you of course wonder what that’s going to be like. And I’m happy to report that my experience with inserting the Vector wasn’t unpleasant or difficult—I would recommend a healthy amount of lube. It didn’t, like, slide right in, but I don’t think it’s really supposed to, you know? The fact that the Vector curves toward the front of the body is great and, well, essential, because your prostate is located about two inches in, give or take, situated on the inside your groin.

I thought it was going to be something of a hunt to find my prostate, but once the toy was inserted and I’d turned it on to one of its vibrating modes, it wasn’t too difficult to find. Or, at least I think I found it. On my first try (there will be more), I definitely felt something. I’m a writer, so I should be able to describe to you just how it felt, but sometimes there really aren’t ways to articulate certain feelings. To put it it simply, it felt pleasant, but like something I’d never felt before. While massaging what I believe to have been my prostate, I felt chills all over my body, and I popped a pretty healthy erection.

From what I read afterward online, I don’t believe I had a prostate orgasm, but that’s a dragon I’ll keep chasing. I’m a novice for now, but I’ll get there.

I suppose what I took from the whole experience was that sometimes it’s important and beneficial to try something new, so that you can do your best to live your best sexual life.

It was also a lovely reminder that sometimes things that are or used to be taboo got to be that way because a group of people decided they were too prudish and inhibited to think outside more traditional or accepted means of pleasure and stimulation—and that those reasons aren’t good ones to miss out on something that may actually change your entire life for the better.

I guess I also learned that it’s fun to stick vibrating stuff in your ass sometimes. Just to shake things up. 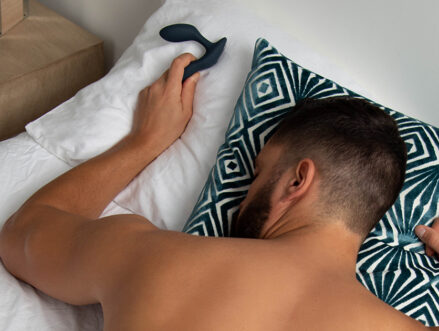 I guess I also learned that it’s fun to stick vibrating stuff in your ass sometimes. Just to shake things up.