Never thought you could or should?

First, lets tackle a common misconception that period sex increases the risk of infection. You can mess with vaginal flora by leaving a tampon in for more than eight hours leading to an increase in the level of bacteria, but having sex at this time, if you’re generally in good health, should be no problem at all.

“But will it make my period heavier or last longer?” Another no! It’s possible that with the contraction of muscles during an orgasm can encourage more blood to be pushed out, but it will not create more or make it last longer.

In general, sex is a great way to strengthen any romantic relationship, therefore, it seems at odds with this to avoid it altogether for up to one week every month due to a perfectly natural biological process.

Of course, like with anything (especially sex-related), it’s not for everyone — but you certainly shouldn’t feel it is off limits of forbidden in any way. It can actually be quite wonderful!

It can help alleviate menstrual cramps. This could be due to a number of reasons. For starters, sexual arousement involves the contraction and release of muscles potentially relieving any tension and cramping. Another reason is that during sexual arousal body chemistry is different and there are hormones being released that are associated with feeling good — a delightful distraction from any discomfort! Thanks, oxytocin.

General pain relief. All of those lovely hormones released are great for other pains in the body, too. Often women experience headaches during their period, but an orgasm (or even vaginal stimulation) can do wonders.

Increased libido. Okay, so this one has been hard to pin down with scientists often being busy finding cures for ebola, but many women do report feeling more easily aroused during their period. This could be down to fluctuating hormone levels which tend to be high during ovulation and drop off during menstruation. Or, women that suffer PMS may feel relieved by the onset of menstruation and so more relaxed into feeling amorous again. Increased sensation to the regions that matter could be another contributing factor. There’s even a theory suggesting that women could feel more relaxed during menstruation because there is less chance of getting pregnant.

Whatever the reason, changes in libido and hormone levels vary month to month and woman to woman so it stands to reason a woman’s sex drive does, too.

Increased sensation. With an increase in blood flow to the uterus and genital area during the menstrual cycle, everything feels a little more sensitive and responsive. Many women find an increased sensitivity around their uterus, which can be attributed to the contractions of the uterine muscle that happen to facilitate replacing the tissue of the endometrium. This leads to orgasms feeling much more intense. Don’t forget, the more foreplay a woman receives, the more oxytocin she can produce, contributing to the intensity significantly. What’s more, during this time, the vaginal opening can feel tighter giving a great feeling for both of you with penetration.

So, you’re going to give it a try — here’s a few simple tips

Communicate. This probably goes without saying, but tell your partner that you want to try, or, even if you’re already getting amorous just let them know. This will help alleviate any worry you may have that they will get “grossed out”. Chances are, you feel worse about it than they do.

Towel. Choose a dark colored towel and put it underneath you to protect your sheets and to help both of you avoid any shock if you happen to have a heavier flow.

Positions. Consider your positions more wisely. We’d advise avoiding any involving women on top if you want to avoid extra mess — gravity is not your friend. For example, the woman could try missionary with their legs up over their partner’s shoulders. Not only is this a fun, deep penetration, it will keep any blood from flowing downwards.

Shower sex. Self-explanatory! Positions in the shower are very dependant on the bathroom/shower set up you have in terms of space. But, if you’ve never tried sex in the shower, now would be a good excuse to try it out. Have fun experimenting with new positions, let the water wash anything away so you might not even notice — do be careful of slipping!

Menstrual cups. Menstrual cups are increasingly replacing the use of tampons and pads. They offer more comfort by practically eliminating the possibility of dryness and irritation and they’re better for the environment. You can still have penetrative sex whilst wearing one of these, but with caution: use only the soft form single-use varieties. They are more pliable and can be placed all the way up behind the cervix — sure, it’s a little trickier to place, but worth the effort!

Remember, a woman on her period is not protected from pregnancy and, while the risk is lower, it does still happen. Wearing a condom whilst having period sex may make the woman or man feel more comfortable as the inevitable post-sex clean-up could be simpler.

Sure, it can get a little messy at times, but sex often is. Enjoy! 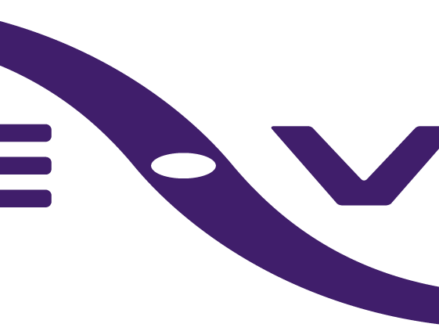 To our We-Vibe community,   We at We-Vibe unequivocally stand in solidarity with the Black community, and the fight against systemic racism.    In the wake of the injustice […]